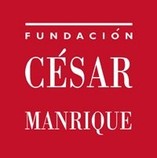 The César Manrique Foundation is at the home and studio where the artist lived, situated in Taro, Tahiche (Lanzarote). Maybe it's the work that best represents the personal and artistic side of Manrique. Built in 1968 on a lava flow from the eruption on the island during 1730 to 1736, takes on the lower level, the natural formation of five volcanic bubbles, to configure an amazing living space and exemplary performance in terms of natural space. Meanwhile, outside the house and upper level is inspired by the traditional architecture of Lanzarote. The César Manrique Foundation, created in 1992, is a private non-profit Foundation.

Its scope is international. The foundation currently receives more than 300,000 visitors a year. It is a cultural platform formed from the attention given to three intersecting lines of development: the arts, the environment and cultural reflection. Different programs and initiatives developed in the area include the meeting, addressed mainstreaming minded and critical and alternative. These are the three lines of work: - conservation, study and dissemination of the work of César Manrique. - Promotion of artistic and cultural reflection. - Development of activities that promote respect for the environment and spatial planning. The foundation regularly organizes forums for discussion and debate. Since 1994 they have been developing continuously spaces for The author and his work and diverging views. In 1997, the environment established this as a key area of ​​the Foundation. Among the activities that are already entrenched, reflecting highlights border forums and addresses of progress. A proposed space and debate in which speakers from a multidisciplinary approach, approach to new models and conceptions of progress. For César Manrique, nature was the basic reference of his art and his life. Until the end of his life, he maintained a deep commitment to the defense of the environment and, in particular, of his native island, Lanzarote.